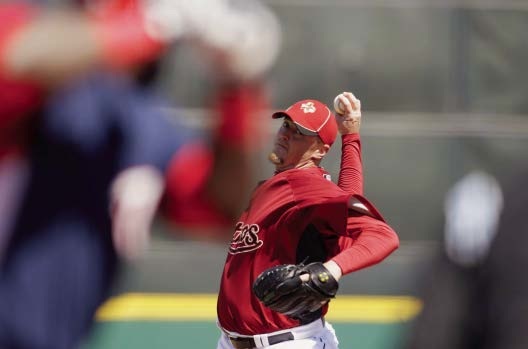 “Yeah, but will it transfer out to the field?” It is the most asked question about any type of sports training. Tools, techniques and technologies all seem logical in their theory and approach but the bottom line is, well, the bottom line. It’s no different in baseball. Coaches, parents and most of all players would like some empirical evidence that there is a transfer of learning from drills to statistical performance at the plate.

That’s why we were excited to see the results of a recent study, the first of two by Dr. Sean Müller and Dr. Peter Fadde, Co-Founder and Chief Science Officer at gameSense Sports, that found a significant link between the visual anticipation skills of hitters, also known as pitch recognition, and their actual statistical performance during a season.

The researchers gathered 34 professional baseball players, single A minor leaguers from an MLB organization with at least 100 plate appearances, to participate in a pitch recognition test using a technique called visual occlusion. They were shown video of a pitcher from the perspective of just behind the batter’s box, looking over the catcher’s shoulder.

At four different time intervals, the video was stopped or occluded so that the remainder of the ball flight could not be seen. It would be like standing in the batter’s box and closing your eyes before the pitch arrived at the plate.

Three pitch types (fastball, curveball and change-up) were shown and occluded at four different time intervals (when the pitcher’s front foot landed, when his shoulders were squared to the plate, ball release and a no occlusion control condition.)

The players were asked to identify the pitch type in each situation. Their overall accuracy was then compared with their 2013 full season statistics, including batting average, on-base percentage, slugging percentage, walks, strikeouts and walk to strikeouts ratio.

The overall results showed that a player’s pitch recognition at the pitcher’s front-foot impact was significantly correlated with their walk percentage, meaning the better the anticipation the better the walk percentage. Also, for recognition between fastball and change-up at ball release, often cited by coaches as the most important anticipation skill, the batters’ performance was correlated with walk and on-base percentage.

“What this study did, which hadn’t been done before, was to correlate hitters’ scores on the video Pitch Recognition test with their batting statistics for the season,” said Dr. Fadde. “It’s not really surprising that the strongest correlation was with walk rate.”

“What’s remarkable is that professional hitters can pick up information about pitch type before the ball is even released. That’s been shown in a previous study using this same video test with Australian Baseball League hitters and also other sports skills such as return-of-serve in tennis.”

“The implication for talent identification is that scouts could give a video test on an iPad that could predict a hitter’s “eye”. The test can also help with coaching. If a hitter lacks plate discipline (low walks, high strikeouts) but is OK on the PR test, then you work on his approach. If he scores low on the PR test, then a coach needs to work on his pitch recognition.”

To get an idea of how this pitch recognition training works, register for free and try it out!