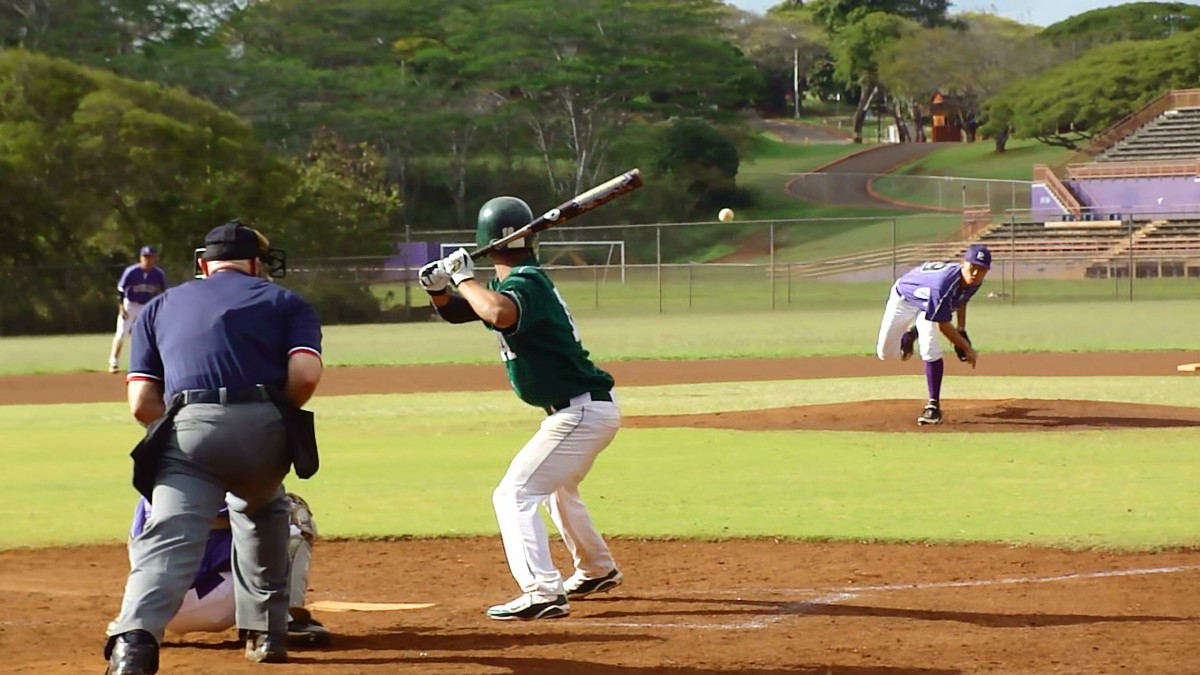 A baseball hitter relies more on pitch information during the first third of ball flight than the final third. Nothing new there as coaches have been teaching pitch recognition that way for years.

But sometimes a well-designed academic study comes along to confirm what may be obvious. That’s exactly what a group of Japanese sports scientists did when they incorporated occlusion glasses, a pitching machine and a group of college baseball players.

“Previous studies on elite batters have reported their superb ability to use the early part of the ball trajectory to successfully hit the ball,” wrote the researchers in a paper published in PLOS ONE. “Moreover, it seems that it would be difficult to correct the trajectory of a moving bat once the bat head has reached a certain speed. Therefore, we hypothesized that a longer visible time improves the hitting accuracy except visual information about the 150-ms period before ball-bat contact, because this is approximately the time required to react to a visual stimulus.”

In other words, if we divide the ball’s path from pitcher’s hand to home plate into thirds, we can examine segments of about 150ms adding up to the total of about 450ms for the full flight. In their experiment, the researchers identified the first third as R+150 or “Release plus 150ms” and the final third as A-150 or “Arrival at the plate minus 150ms”.

First, the pitching machine was set to two speeds, a fastball at 90.7 MPH and a changeup at 71.8 MPH, both with backspins of 1,836 RPM. Next, a pair of liquid-crystal occlusion eyeglasses, similar to the old Nike strobe glasses, were customized to receive instructions from a remote software app. Before each pitch, a random instruction was sent to the eyeglasses for three different conditions; no visual occlusion (the batter sees 100% of the ball flight), R+150 or A-150.

With this set-up, the college players, with an average of nine years of playing experience, stepped into the batter’s box. In the first set of 36 pitches, each hitter saw the fastball under a random but equal number of occlusion scenarios (12 pitches at each setting).

Then, each player hit a second set of 36 pitches with the same occlusion scenarios but now the changeup.  While they did know what pitch was coming, they did not know how long they would see it before the occlusion glasses would block it out.

Of course, making contact is good but quality contact at the bat’s sweet spot will result in line drives and higher on-base percentages (OBP). So, the researchers marked the bats with the sweet spot’s target and asked the hitters to make contact there. Using high-speed cameras, they then measured the distance between the target and the actual point of bat-ball contact.

Missing the target on the horizontal plane or along the length of the bat will affect the horizontal direction of the batted ball. If you swing too early, you’ll most likely make contact towards the end of the bat, pulling it to left field. Not terrible from an on base perspective unless its a foul ball. However, making contact above or below the sweet spot in the vertical plane will force pop-ups or ground balls, often lowering OBP.

So, how did the college hitters do?  Take a look at Figure 1, a scatterplot of all of the pitches and points of contact (or misses) for both the fastballs and changeups.

At first glance, the data points are much wider and distributed in the R+150 occlusion than the A-150 setting. But then notice that the A-150 plot is very similar to the no occlusion setting.  In other words, there was very little improvement seeing the last 20 feet of the pitch versus seeing the entire pitch. This tells us that the accuracy of the “no occlusion” condition was gained during the first third of ball flight not the last third.

Think about standing on the side of a freeway. As you watch cars approach in the distance, going 70 mph, your eyes are better able to focus on and track them than when they zoom past you horizontally in the last few feet. In the same way, this angular velocity perception applies to tracking a baseball approaching at the same speed.

This study confirms that pitch recognition training needs to focus on the first third of ball flight, picking up cues of arm angle, ball spin and early trajectory.

This is exactly what the gameSense Baseball IQ system accomplishes through occlusion-based learning.