Righties vs Lefties – The Importance Of Handedness Training In Hitting 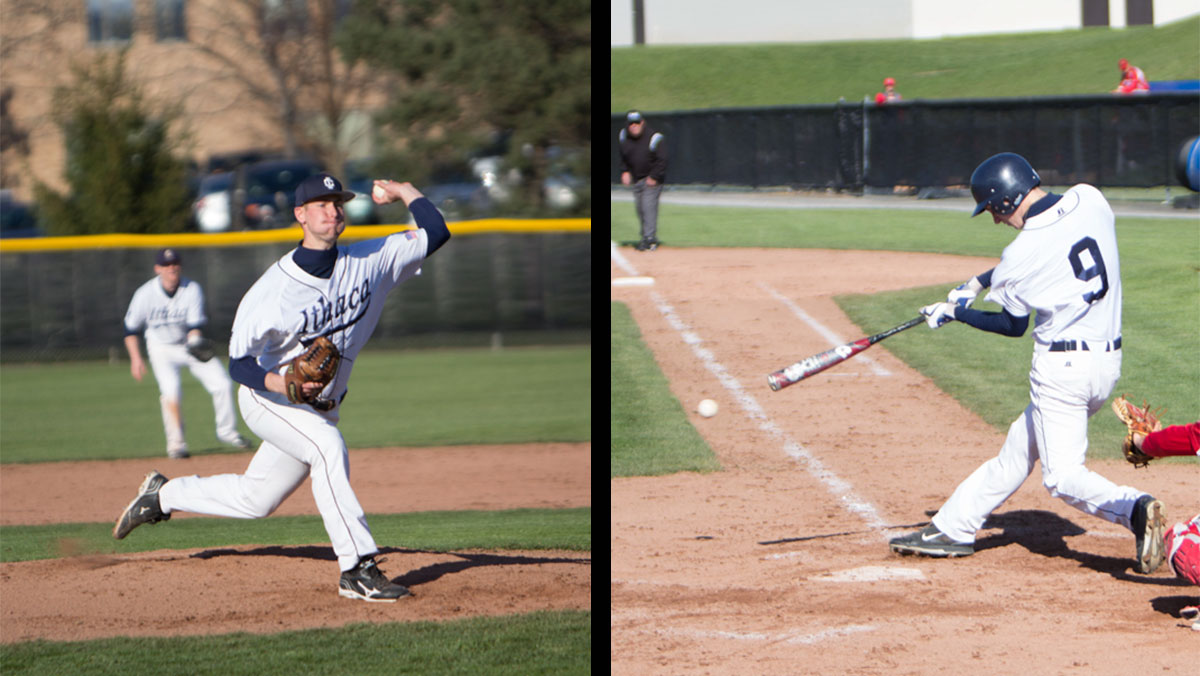 It happens in the late innings of just about all close games. To exploit the ideal pitcher-batter match-up, opposing managers play a cat-and-mouse game of lineup changes for pinch hitters and relief pitchers, all designed to get the statistical advantage of handedness.

Most batters would prefer to face an opposite-hand (OH) pitcher, righty vs lefty and vice versa. With the dominance of right-handed pitchers in the game, the left-handed hitter comes to the plate with a built-in advantage. But what exactly is that advantage? What would happen if the pitcher population in the league was more balanced, righties to lefties? Two sets of researchers set out to dig a little deeper into this phenomenon of visual perception.

While studies of handedness show that only 10% of the general population are left-handed, the proportion of left-handed MLB players is closer to 39% of hitters and 28% of pitchers, according to 2012 data. This surprising abundance of lefties in baseball is even more pronounced when compared to the NBA (7%) and NFL QBs (7%).

In a 2016 study, 1.3 million play-by-play data points were analyzed from MLB games covering the 2000 to 2012 seasons. Looking at on-base plus slugging (OPS) percentages, a complete measure of at-bat productivity, left-handed batters (LHB) enjoyed a .787 pace against right-handed pitchers (RHP), while sinking back to a .698 percentage versus left-handed pitchers (LHP).

Similarly over those thirteen seasons, when right-handed batters (RHB) faced opposite-hand pitchers, their OPS was .781 but still were able to hit .723 versus RHP pitchers.

So, the tactical moves to take advantage of OH is clearly shown in this data. But the researchers had one dilemma, “we are unable to explain why the left-handed batters have a larger OH advantage,” not to mention a lower performance against same-hand (SH) pitchers.

Thinking about possible reasons why OH match-ups favor the hitter, there are two main arguments, self-defense and the breaking ball. With a right-handed release to a right-handed batter, the ball seems to be coming right at him. This slight hesitation to stand in against a 90 mph heater may be enough to disrupt the reaction time needed to hit it. The same pitch coming from the opposite side provides a better view across the body. Also, a curve ball from a same-handed pitcher will typically break away from the hitter, causing a reach across the plate.

Available for Baseball and Softball

Still, why would RHBs hit 25 percentage points higher versus SH pitchers than LHBs? Enter a study by Dr. Ethan D. Clotfelter of Amherst College where he collected and sorted MLB data across 49 years from 1957 to 2005. Hitters and pitchers were sorted by batting average and earned runs average, respectively. He noted that there was no significant difference in using batting average versus OPS or other offensive stats.

When sorting by handedness in pitchers, he counted the number of innings pitched by either righties or lefties. So, comparing at-bat performances of hitters vs pitchers was closer than just counting the number of RHPs or LHPs in the league.

To his surprise, he found that, “both right- and left-handed batters were significantly more successful, and conversely pitchers were less successful, in years with a high ratio of right to left-handed pitchers.” In other words, when there were significantly more innings pitched by righties, all hitters, from both sides of the plate, performed better. In the same way, in seasons with a more balanced number of innings pitched by both righties and lefties, hitters had a lower batting average.

As we saw in the first data set, the OH advantage is still there but when hitters saw more RHPs, they hit better, even from the right-side, then when the balance of pitchers was more even.

Dr. Clotfelter has an explanation for this, something he calls cognitive representations.

“A useful analogy for the interpretation of these data comes from biological predator-prey systems. Predators are thought to form cognitive representations, called search images, of specific prey types to maximize detection and capture efficiency.”

“Baseball batters may form cognitive representations analogous to search images, and these representations are likely to be strengthened by sequential priming. Such representations may be essential for successful hitting at an elite level, as direct visual information regarding the ball’s trajectory is insufficient or incomplete, particularly for batters facing pitchers of the same handedness.”

In other words, seeing a righty delivery over and over, game after game, builds and strengthens the visual cues necessary to recognize different pitch types. Seeing a more balanced mix of righties and lefties doubles the perception workload, even in OH situations.

This learning curve can be shortened by using technology tools that allow pitch recognition training using video of actual pitchers, both RH and LH. If a player can’t get enough reps in batting practice, they can tailor a virtual pitch recognition session to get just the right ratio of RHP to LHP to improve on their weaknesses.

Increase your Batting Avg. and Slugging % by 20% or more

Decrease Strikeouts by 16% or more

Increase Runs per Game by 48% or more

IN 5 MINUTES A DAY, 5 DAYS A WEEK YOU CAN SEE
1000’S OF PITCHES FROM TOP-GRADE PITCHERS