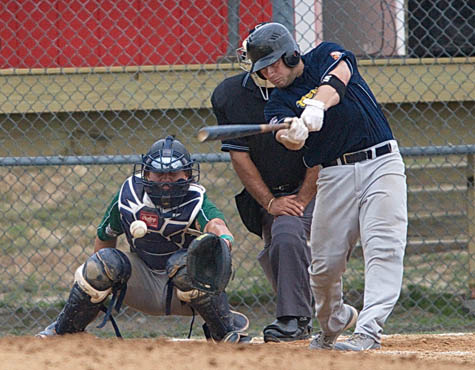 For most baseball players, live batting practice (BP) provides the best time to work on pitch recognition, timing and swing mechanics. Typical pre-game BP sessions offer a couple dozen swings facing medium-speed pitches with the goal of warming up muscles and focusing vision to the ballpark lighting and background. During rare in-season team practices, hitting and fielding are often isolated training activities, except for the occasional scrimmage.

While that separation of tasks helps players focus on the finer technical points, it doesn’t simulate the physical and cognitive stress of a full game. Long innings during a competitive season can start to drain energy needed to stay focused on the job, especially in the batter’s box. In fact, the core cognitive functions of attention, perception and reaction time can begin to suffer in the later innings unless training sessions are used to factor in fatigue to maintain or strengthen cognitive reserve.

Last month, South African researchers published a study confirming that these cognitive skills can deteriorate over a 3-4 hour game. But instead of baseball, they focused on cricket. With the similarities of pitchers (bowlers) and batters (batsmen), both sports share the 1v1 battle of hitting a pitched ball at high speeds. In addition to fatigue, both baseball and cricket batters face a interwoven set of variables that can impact performance.

“Batters consistently have to modify information processing sequences to adapt to the associated challenges,” write the authors in their paper published in the Journal of Sport Sciences. “Distraction by opponents, crowd dynamics, previous performances as well as batting psychology can also influence batters’ focus. Attention is further affected by match status, e.g., runs needed to win, information from coaching staff, personal factors and other extraneous variables (the umpire’s decision).”

To understand how fatigue can dull the brain over time, they used a simulated game format that combined plenty of hitting with the aerobic requirements of cricket batsmen to run the pitch and score runs. Dr. Laurence Houghton of ACE Cricket Coaching explains this simulation, which he created and named BATEX, in this paper and in this video.

With a volunteer group of cricket players from a local high school team, the simulation started with baseline measurements of cognitive abilities. Hitting a 90 mph pitch requires not only high visual acuity but also pattern recognition, decision making and quick reaction time. Using computerized tests from Cogstate, an Australian cognition measurement company, assessments were also taken three times during the simulation and again at the completion of the four hour BATEX.

During the batting/running sequences, sprint speeds and heart rates were also captured. The researchers expected the players’ foundational cognitive performance to decline as fatigue increased.

What does this mean for coaches and players? Several suggestions come to mind from this data:

As with most sports, the closer that training sessions can mirror real game scenarios and stressors, the better the transfer of skills between practice and performance.