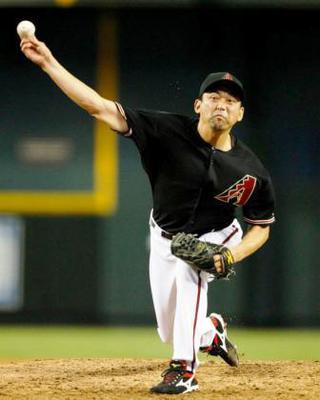 There’s no argument that a baseball batter’s ability to track an incoming pitch is critical to hitting performance but it’s the details of how his eyes perform that task that researchers are still figuring out. While previous studies have confirmed that expert hitters are better than novices at tracking a moving object, we still need to breakdown the process if we want to build better training tools for athletes.

A study released this month in PLOS ONE took a big step to understanding this visual perception of athletes.

Dynamic visual acuity (DVA), the optometrist’s name for this skill, is the ability to pick out details of either an object in motion while our head stays still or a stationary object while our head moves. Imagine standing on a street corner while cars whiz by. Look to your left and pick out one car to follow with just your eyes as it passes by you. This is known as dynamic-object DVA. Alternatively, imagine being in a fast-moving car trying to read a billboard as it flies by. The object is fixed but your eyes and head need to move to stay focused. This static-object DVA uses different tactics to allow the brain more time to take in the visual information.

Facing a baseball pitch requires a little of both methods with the early flight of the ball requiring dynamic-object DVA until the last few feet when the ball crosses in front of us. For faster pitch speeds, it has been shown almost impossible to “keep your eyes on the ball” for the entire trajectory, so hitters compensate by judging the ball’s early flight then trying to use a “catch-up” saccade (eye movement) at the very end to make contact with the bat.

Researchers at the University of British Columbia recruited 23 members of their varsity baseball team to test their DVA using a custom and unique vision test.

“A close relation has been shown between DVA and level of expertise in various ball sports such as baseball, basketball, volleyball, table tennis, tennis, soccer and water polo,” they wrote. “These studies show that athletes outperform non-athletes, and that experts exhibit better DVA than novices. Baseball players also show superior static visual acuity. However, it is unclear which factors lead to such DVA advantages.”

While the players stared at a computer screen, an eye tracker device attached to the monitor looked back at them to capture the movement of their gaze. On the screen, they were asked to watch for a moving circle which after a quarter second would convert to a “C”, also known as a Landolt-C ring (see image), which would rotate so that the opening in the C would point in one of four different directions. The Landolt-C would be displayed for another .25 seconds.

The player’s job was to track the object and then identify which direction the C opening pointed. The test would get increasingly harder or easier depending on the accuracy of the player’s response. It was hypothesized that a combination of smooth eye pursuit and saccadic eye movements combined for high DVA.

“Smooth pursuit eye movements aim to match the speed of gaze with that of small, moving visual targets, and can be used to track objects travelling at speeds of up to ~50 degrees of visual angle per second,” explained the researchers. “At higher target speeds, when gaze lags behind the target, the eyes use fast catch-up saccades to compensate for position and velocity errors.”

Back to a baseball pitch, once a batter has picked up the ball out of the pitcher’s hand, his smooth eye pursuit locks in until the ball is about 10 feet from the plate where the visual angle becomes too much for the eyes to follow. Then, a quick saccade follows to the estimated point of contact. Which is why a pitch that breaks late is so hard to hit.

They found that among this group of college players, “dynamic visual acuity is related to two distinct eye movement metrics: minimum position error and the frequency of reverse saccades. Minimum position error corresponds to how well gaze is aligned with a moving object of interest, such as a baseball. The occurrence of reverse saccades likely reflects a failure to produce or learn optimal saccade control.”

Reducing this position error and avoiding these reverse saccades would improve their DVA and produce better hitting results. The researchers recommend sport-specific vision training that builds this skill over many repetitions.

“In recent years, visual and perceptual components have become a core component in athlete performance assessment. Our study reveals the importance of smooth pursuit eye movements for the ability to resolve spatial detail in moving objects and identifies patterns that might enhance perceptual performance. Eye movement tasks could be useful additions to perceptual training programs for baseball and might potentially provide useful tools in assessing and recruiting athletes.”