The Ultimate Playmaker – Relying on Cognitive Development in Baseball

The Ultimate Playmaker – Relying on Cognitive Development in Baseball

Editor’s note: This is a book excerpt from The Playmaker’s Advantage, published by Jeter Publishing/Gallery Books/Simon & Schuster. The hardcover, eBook and audiobook versions are available now online and in bookstores everywhere.

As co-founder and director of sport science for GameSense Sports, Dr. Zaichkowsky is a pioneer in athlete performance and, specifically, cognitive training using the science of occlusion. Many of the ideas and research included in The Playmaker’s Advantage form the foundation for the concepts and design of GS Pitch-IQ and FastpitchIQ. 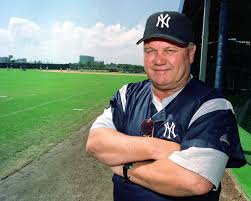 Mark Newman has watched a lot of baseball but he had never seen anything like this. “Over the twenty-six years, I was with the Yankees, we trained shortstops, at every level in the organization, to be there on that play,” Newman, the team’s recently retired senior vice president of player development, said in an engaging conversation. “[Derek Jeter] was. Many others weren’t. I’m not sure if he was trained any differently than the other twenty-five shortstops. His ability to pay attention, be in the moment, and respond to his environment was superior. That play’s an example of it.”

That play is, of course, “the Flip,” which defined Derek Jeter as the quintessential playmaker. Down two games in the 2001 American League Division Series, the Yankees were protecting a 1–0 lead in the seventh inning on the road at the Oakland Coliseum. With two outs and Jeremy Giambi on first, Yankees pitcher Mike Mussina gave up a sharp line drive down the right-field line. Outfielder Shane Spencer chased the ball into the corner and heaved it toward home plate, over the heads of both of his cutoff men. “I let it go and it took off on me,” said Spencer. “I had a little too much on it.”

Surprisingly, Ron Washington, the A’s third-base coach, waved a charging Giambi home for a play at the plate. Jeter instinctively knew where he needed to be. Sprinting to the first-base line, he fielded Spencer’s overthrow with both hands and then

made a forty-foot backhanded flip to catcher Jorge Posada, who tagged Giambi a split second before his right foot touched home plate. The Yankees held on to their 1–0 lead to win the game and then the series.

“It was my job to read the play,” said Jeter after the game.

“The kid has great instincts and he holds it together and that was obviously the play of the game,” said manager Joe Torre about his twenty-seven-year-old shortstop.

Newman has seen thousands of ballplayers in his career, not only with the Yankees but in eighteen years as a college coach at Southern Illinois and Old Dominion. He likes the label of “playmaker” to describe that something extra that differentiates the Jeters of the world from players with talent alone.

“Derek is an extraordinary example of a playmaker, someone who takes talent and skill and is able to use them in game situations,” he told us. “There’s a big difference when you’ve scouted and signed as many good players as we did with the Yankees. Many players who we thought were gonna be good and weren’t. You become acutely aware of the difference between talent and performance. That bridge is the link of all those skills that allow a young player to go from being a prospect to a performer. That’s what distinguishes the playmaker from the one who aspires to be a playmaker.”

Newman joined the Bronx Bombers in 1989 as an instruction coordinator, then was promoted to vice president of player development and scouting in 1997. During his tenure the Yankees made the playoffs eighteen times, appearing in seven World Series and winning five of them. Beyond the well-known “five tools” of baseball talent—hitting for average, hitting for power, speed, throwing, and fielding—Newman and his scouts were always looking for that sixth tool, which was hard to describe but obvious when they saw it.

“In baseball, the old-school guys will call it instinct. As we thought more about it, we knew it’s more than instinct; that term wasn’t good enough to describe it. We wanted something with more specificity. Something to allow us to go out and search for this in the environment. Of course, we’re always trying to identify the things that we need to sign, versus the things we can develop. How much of this stuff is innate or what particular things might be more innate versus what things we can develop?

“That’s a huge part of the effective marriage of coaching and scouting or coaching and evaluations: understanding what the coaches can improve; what’s more easily teachable and what’s more difficult to teach. Beyond that is cognitive development: the ability to mentally and emotionally be tuned in to the environment and respond appropriately to it.”